Posted on September 12, 2016 By admin Categories: Flights Comments are off for this post 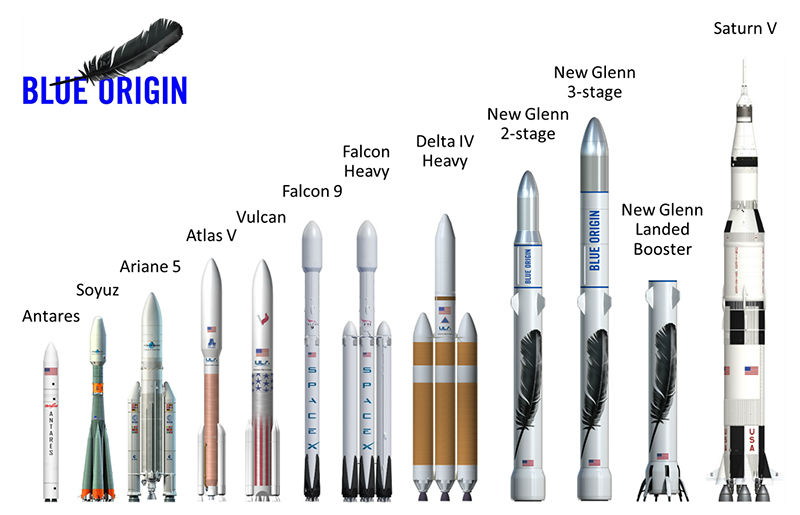 The plan is to fly New Glenn for the first time before the end of this decade. New Glenn is designed to launch commercial satellites in orbit around Earth and to fly humans into space.

And that’s not all, after New Shepard and New Glenn, Blue Origin also announced it has something else on the drawing board: New Armstrong. We will have to wait for details on that rocket. However we are starting to notice a pattern in the naming.

New Shepard makes reference to the first American in space, Alan Shepard, who ascended to space on a suborbital trajectory similar to that planned for New Shepard. New Glenn plans to orbit Earth and was named after John Glenn, the first American to orbit Earth. So with the future project New Armstrong, named after the first person to walk on another planet. What does this tell us the about the purpose of New Armstrong? Reach another planet? That will be one big rocket.