Posted on December 12, 2017 By admin Categories: Flights Comments are off for this post 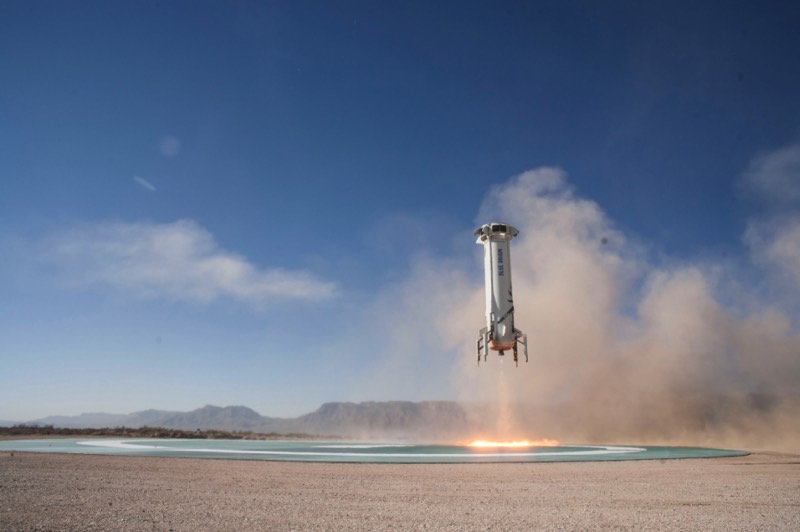 Two months ago we reported that Blue Origin is planning on testing their newest New Shepard rocket before the end of the year. And they did.

Earlier today around noon a new iteration of the New Shepard rocket (New Shepard 3) had its first test flight. Both the booster and the crew capsule launched and landed succesfully at the West Texas Launch Site. Both the booster and capsule reached a height of 99 kilometers. The capsule also included 12 commercial, research and education payloads onboard. Exact details of these payloads are unknown, but we do know there was a test dummy named ‘Mannequin Skywalker’ on the flight.

The previous version (New Shepard 2) made five successful flights in 2015 and 2016. It has since retired and has been put on display. This newest version had been completed and shipped to the launch site in September 2017. A big difference is the crew capsule on top of the New Shepard 3 booster. It now has real windows, instead of painted on windows. Blue Origin has always been very proud of having the largest windows in spaceflight history. The windows make up a third of the capsule, allowing all six passengers to have a great view of our planet. It also features increased booster reusability and improved thermal protection.

Jeff Bezos, owner of Blue Origin and Amazon, plans on sending space tourists to sub-orbital space at the beginning of 2019. For this to happen we will have to see manned test flights in 2018. Those will most likely happen with New Shepard 4 that is already being built. The costs of the tickets are currently unknown. 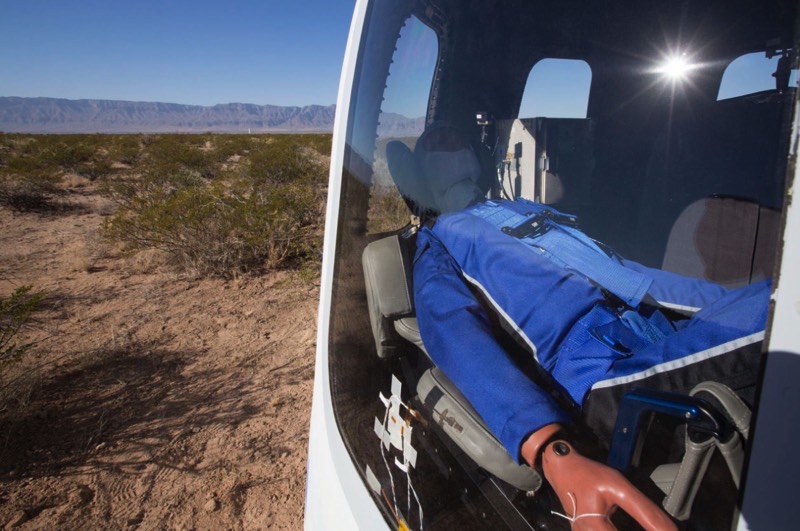 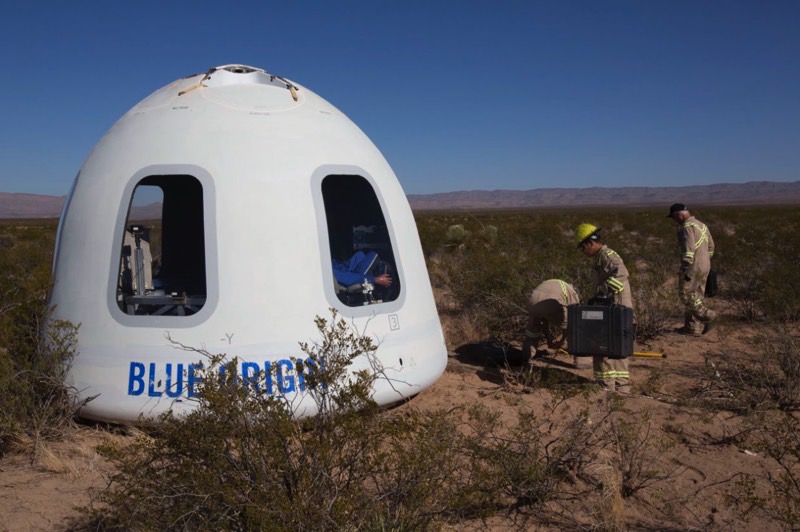 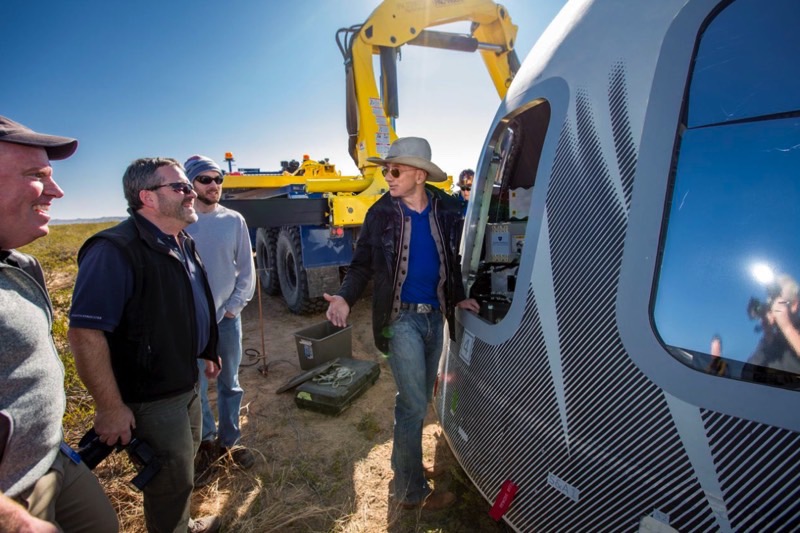