Posted on May 29, 2018 By admin Categories: Flights Comments are off for this post 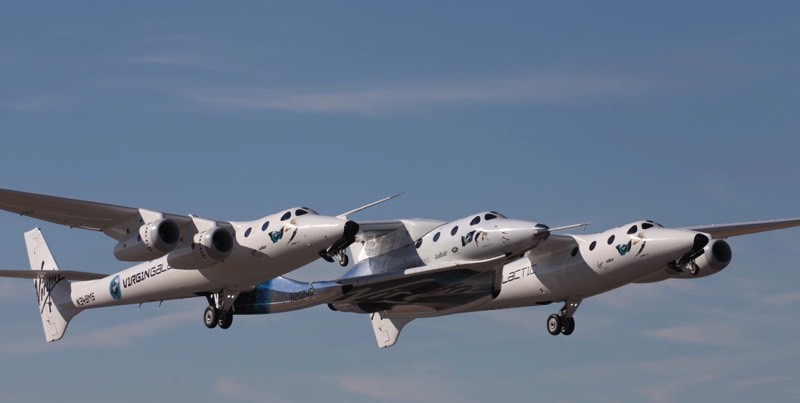 Less than two months ago Virgin Galactic completed the first rocket powered flight with their spacecraft VSS Unity. A big step for Richard Branson’s space tourism company. Today they took to the skies again and completed their second rocket powered test flight. Overall, it was the 13th flight test for the spaceship VSS Unity.

“It was great to see our beautiful spaceship back in the air and to share the moment with the talented team who are taking us, step by step, to space” Branson said, who was present at the Mojave Air and Space Port. “Seeing Unity soar upwards at supersonic speeds is inspiring and absolutely breathtaking. We are getting ever closer to realizing our goals. Congratulations to the whole team!”

Nice to see some familiar faces on the flight line today alongside our team and their families @RichardBranson #Virginfamily pic.twitter.com/wc9jJ9E3q1

The WhiteKnightTwo carrier aircraft was flown by CJ Sturckow and Nicola Pecile. Just like the test in April, they dropped VSS Unity piloted by Mark “Forger” Stucky and Dave Mackay. They fired up the hybrid rocket motor and reached a height of 114,500 (35 km). That is a lot higher compared to the previous test, where they reached 84,271 feet. The total rocket burn was 31 seconds, one second longer than last time. The higher altitude came mostly from the pilots pointing the nose of Unity up more. The vehicle’s addition of passenger seats and related equipment, moved the center of gravity rearward. This gave Unity a more realistic configuration that would be used during commercial flights.

As always, next up is analyzing all the data that was generated during the flight. The question now becomes when will Branson himself fly. Branson has said in the past he would fly as a passenger, before letting any paying “space” tourists fly. We could see that happen later this year. 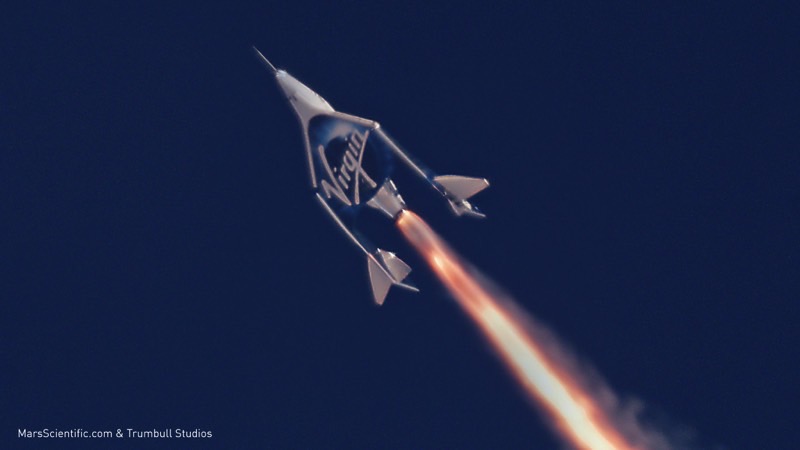 Image by MarsScientific.com and Trumbull Studios