Posted on September 18, 2018 By admin Categories: Flights Comments are off for this post 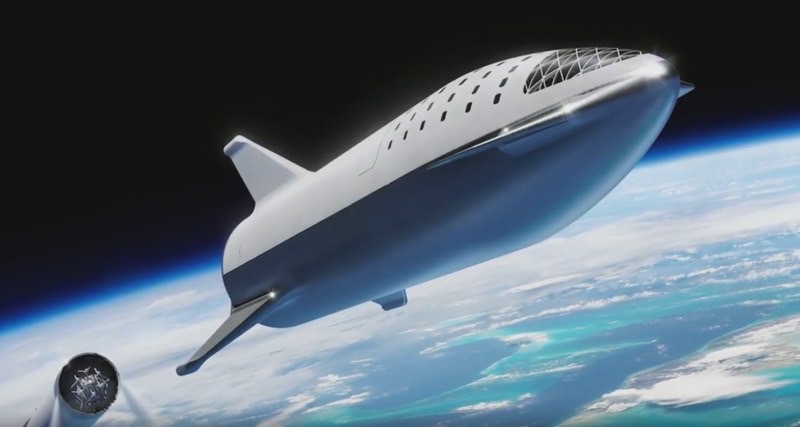 In February of 2017 SpaceX announced they would send two individuals on a lunar mission. They would fly on board of the Falcon Heavy to the Moon and back. This was scheduled to happen in 2018. Things got quiet after that.

Until this month. Out of nowhere SpaceX published a link to a 3 day countdown of a video stream. We would find out not only why, but also who SpaceX would be flying to the Moon.

The live feed (check out the whole thing here) started with Elon Musk, CEO of SpaceX, giving us an update on the Big Falcon Rocket. The 118 meters high rocket will be able to bring 100 metric tons to orbit (or Mars). The first suborbital testflights are planned for 2019. Eventually the BFR will be replacing both the Falcon 9 and the Falcon Heavy.

Then Elon announced that the citizen that would loop around the Moon is Yusaka Maezawa, a Japanese billionaire who is the founder of online fashion retailer Zozo. He’s also known for spending $110 million on a painting by Jean-Michel Basquiat.

I choose to go to the Moon, with artists. – Yusaku Maezawa

Maezawa is paying an unknown amount to fly with the Big Falcon Rocket, that is currently in production, to the Moon and back. The BFR will come as close as 125 miles to the Moon’s surface. The entire trip will take almost 6 days. It was also revealed he was the same customer who was behind the 2017 lunar mission plan. 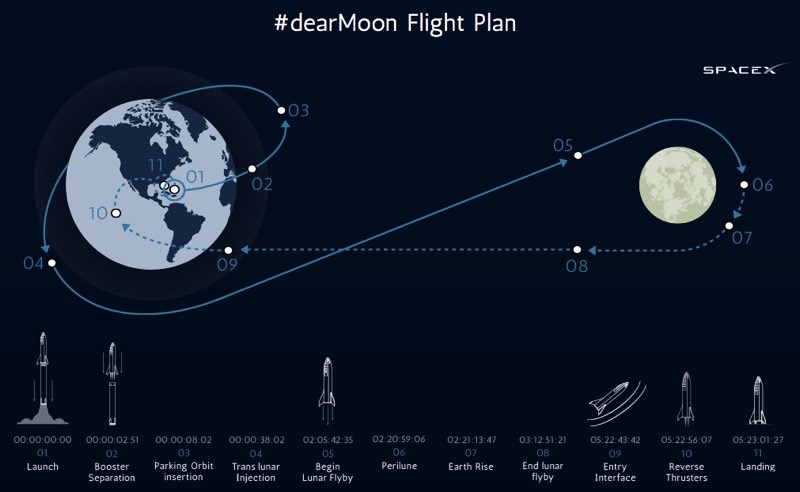 The trip is planned to take place in 2023 (best case scenario). Maezawa does not plan to fly to the Moon and back onboard of the BFR by himself. As a big art fan, he wants to bring along some of the Earth’s greatest artists. He’s inviting 6 to 8 artists from various fields (photography, painting, directing, designers, dancers, etc) to join him and be inspired by the Moon. Once back on Earth, the artists will create an exhibition with their art. Hoping this project, that he calls #dearMoon, will inspire all of us.

The project’s website is dearmoon.earth. It currently contains very little information, besides the video below. It is unknown how the artists will be selected. We do know that the entire mission will be livestreamed in high definition virtual reality.

Only 24 astronauts have been this close to the Moon. By the time the SpaceX lunar mission takes place, it will have been over 50 years. Definitely time to go visit our own space rock once again. And this time it’s a private citizen. A very wealthy one, but one that is bringing eight others with him.

Related post: The Moon and space tourism: A brief history